When did you first notice you were different from the other kids?
When I started at the local village primary school, in Cookham, England, at age five. I was a very bright child, I’m told, with a remarkably broad general knowledge and an interest in debating all sort of topics — political, religious and scientific — subjects which don’t normally engage with very young children. But while I was very precocious and had an amazing knowledge, I couldn’t read or write. I also had no sense of direction, so would run the wrong way on the football pitch when I had the ball. My peculiarities and erratic movements did not win me over many friends and I was badly bullied throughout most of my time at school until I reached 12.

What steps, if any, did your parents take to improve your life and education?
My mother knew something was amiss, and through her former psychology lecturer, she was introduced to Margaret Branch, a remarkable woman who co-founded the National Association for Gifted Children in London. The centre referred me to Dr. MacDonald Critchley, who tested my verbal, mathematical and abstract reasoning skills. He diagnosed me as having very severe Dyslexia and Dyspraxia.

Which steps to improve your life and education worked?
Dr. Critchley’s view was that trying to get me to do anything that normal bright kids did would be hugely frustrating for me — for example any sport which required physical coordination — he felt I should simply give up. Instead, I needed to develop a way of coping with school. I had to accept that I would never perform well at sport, or in academic subjects. Therefore, I needed to get through my education as happily as possible and then plough my own furrow.

What steps do you take every day to moderate your condition and performance in the world?
I focus on what I am good at and where I can add value, I work every day at that, and I try and let go of the rest. Yoga has helped with this, especially with breathing techniques and balancing postures: I practice deep, slow breathing which helps keeps me calm and in turn, allows me to work on the physical poses without getting frustrated.

Do you believe that either the condition or the work to moderate it has offered you special gifts or insight?
I have always said that having Dyspraxia (and Dyslexia) have not produced any special gifts in my experience. However, it has offered me a unique way of coping with problems and adversity that has in turn made me a very resilient person. This has been useful in business.

What’s one thing you wish those without Dyspraxia could understand about us?
We can do many things, please appreciate our skills and if you want to get the best out of us please do not focus on where we are less good.

Having a hidden neurological disorder, what’s one sentence of advice you would give to those just starting their professional, artistic, or educational journey?
Focus on what you’re good at, and find ways of coping with the things you’re not but most important do not allow other people to define you.

Guy is Terra Firma’s Chairman and Founder. He is the Chief Investment Officer and sits on the boards of the general partner of each of the Terra Firma funds.

Guy started his career with Goldman Sachs International where he went on to become Head of Eurobond Trading and then Head of Goldman Sachs’ Global Asset Structuring Group. During this time, Guy was a leading pioneer in the development of securitisation, extending the practice beyond simple debt instruments to include assets such as shopping malls, mobile home parks and distressed loans.

Guy left Goldman Sachs in 1994 for Nomura International plc, where he established the Principal Finance Group (‘PFG’). PFG went on to undertake ground-breaking deals involving trains, housing and pubs, among other areas, using securitised debt to finance acquisitions. In 2002, he led the spin-out of PFG to form Terra Firma.

Since 1994, Guy has overseen the investment of more than €17 billion in 34 businesses with a total enterprise value of more than €48 billion.

Guy has an MA in Politics, Philosophy and Economics from Mansfield College, Oxford University. He was elected a Global Leader of Tomorrow by the World Economic Forum in 2000 in recognition of his achievements. In 2012, Guy was named the 20th most influential figure in Private Equity International’s ‘100 Most Influential of the Decade’.

Guy is the President of ‘Access for Excellence’, a campaign based at Mansfield College, Oxford which promotes the broadest possible access to higher education in the UK. He is a Bancroft Fellow of Mansfield College and supports the college’s Annual Hands Lecture. He is also a member of the University of Oxford Chancellor’s Court of Benefactors. Additionally, Guy is a Fellow of the Duke of Edinburgh’s Award Scheme.

Guy is married with four children. He enjoys spending time with his family, and his interests include photography and gardens. 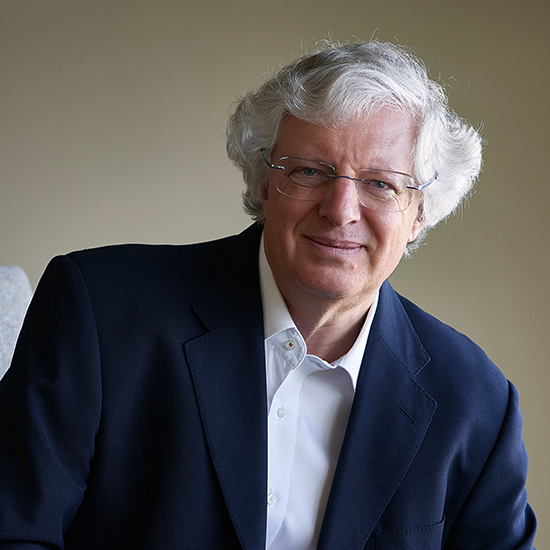 “However, it has offered me a unique way of coping with problems and adversity that has in turn made me a very resilient person. This has been useful in business.”